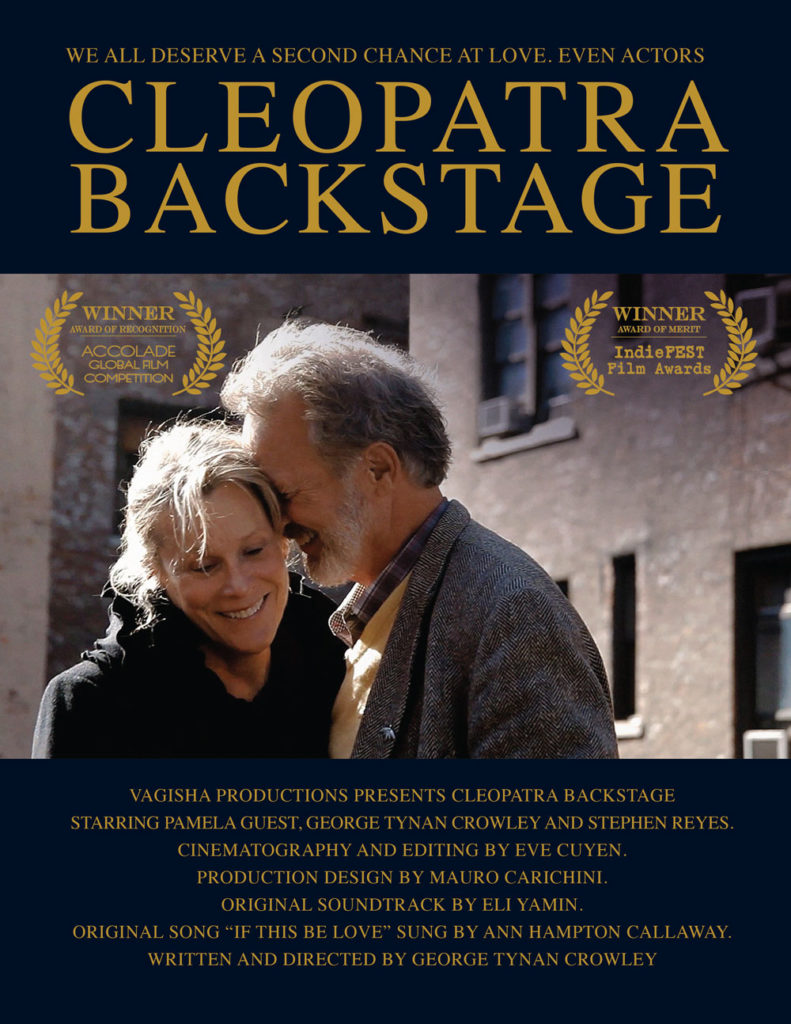 CLEOPATRA BACKSTAGE, a three-character two-act modern romantic comedy that ignites in the green room of an unnamed regional theatre. A comedy of relationship, this play has had readings at Medicine Show and at the Lark Theatre in New York City and was adapted into a feature film starring Pamela Guest, Stephen Reyes, and George himself.

GEORGE TYNAN CROWLEY, member Actors Equity Association and Screen Actors Guild, is an actor, director, playwright, and producer. The feature film which he directed from his script “Cleopatra Backstage” won a variety of awards on the festival circuit, including a Best Actress award for its leading lady. He may be contacted through his agent Gary Krasny, 212-730-8160.